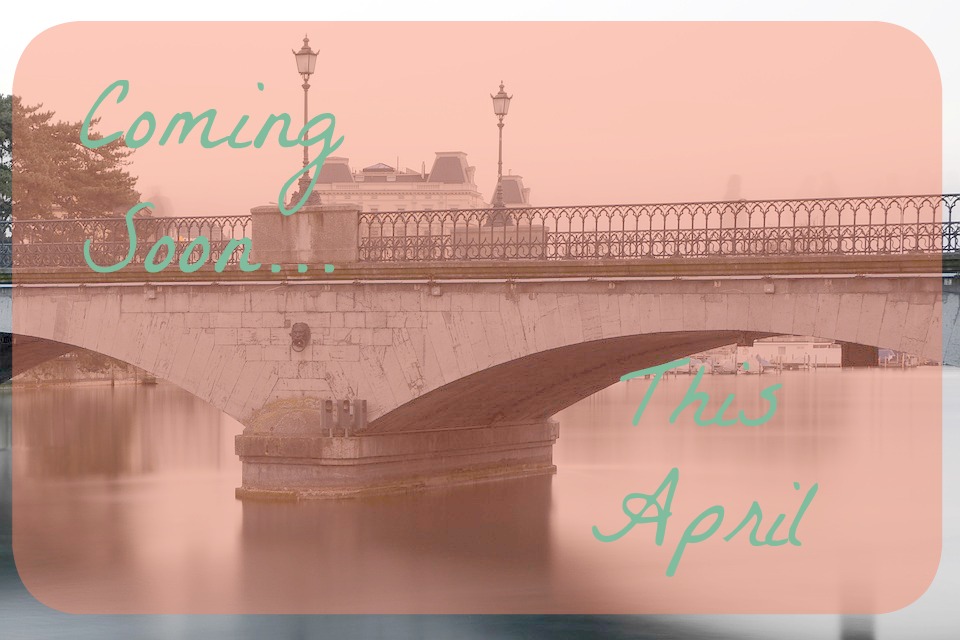 Happy April! I cannot believe we’re already this far into 2019, I feel like it was just Christmas! But I’m excited about it because that means graduation is getting ever closer! Today, I am bringing back something that I used to do on my old blog, and that is talking about the new book releases that are coming out for the month. My featured releases are the top six books (or less than that depending on the month) that are being released by authors whose books I often read and love, and are books that I highly recommend even though I most likely haven’t read them yet. Then, I have other releases by other authors that I have heard of and often enjoy as well, but are not ones I can recommend with as much confidence, though I do still recommend you giving them a shot. So, let’s get to it!

The Memory House by Rachel Hauck

The Memory House is a stand-alone novel.

Embracing the future means remembering the past…

When Beck Holiday lost her father in the North Tower on 9/11, she also lost her memories of him. Eighteen years later, she’s a tough New York City cop burdened with a damaging secret, suspended for misconduct, and struggling to get her life in order. Meanwhile, a mysterious letter arrives informing her she’s inherited a house along Florida’s northern coast, and what she discovers there will change her forever. Matters of the heart only become more complicated when she runs into handsome Bruno Endicott, a driven sports agent who fondly recalls the connection they shared as teenagers. But Beck doesn’t remember that, either.

Decades earlier, widow Everleigh Applegate lives a steady, uneventful life with her widowed mother after a tornado ripped through Waco, Texas, and destroyed her new, young married lie. When she runs into old high school friend Don Callahan, she begins to yearn for change. Yet no matter how much she longs to love again, she is hindered by a secret she can never share.

Fifty years separate the women but through the power of love and miracle of faith, they each find healing in a beautiful Victorian known affectionately as The Memory House.

A Silken Thread is a stand-alone novel.

Eighteen-year-old Laurel Millard, youngest of seven children, is expected to stay home and “take care of Mama” by her older siblings, but Laurel has dreams of starting her own family. Operating a silk loom at the Atlanta Exposition will give her the chance to capture the heart of a man wealthy enough to take care of Laurel and any children she might bear, as well as her mother.

Langdon Rochester’s parents have given him an ultimatum, settle down with a wife or lose his family inheritance. At the Exposition, Langdon meets Laurel. Marrying her would satisfy his parent’s command, she would look lovely on his arm for social events, and in her besotted state, he believes she would overlook him continuing pursuing rowdy adventures with his unmarried buddies. Langdon decides to woo Laurel.

Willie Sharp is not well-of and must take on an extra job at the Atlanta Exposition as a security guard. When mischief-makers cause trouble in the Women’s Building, Willie is put in charge of keeping the building secure. He enjoys visiting with Laurel, who seems like the little sister he never had, but his feelings for Laurel change to something much deeper. Can Willie convince Laurel that he can give her a better life—even with so little to offer?

The Tinderbox by Beverly Lewis

The Tinderbox is a stand-alone novel.

I’ve marveled at Dat’s ability to accept the Old Ways so readily, considering his modern upbringing. Mamma says it’s like he was born to be Amish. Maybe so, but all the same, I wished I knew something more about his past.

With her parents’ twentieth anniversary approaching, eighteen-year-old Sylvia Miller finds her father’s cherished brass tinderbox left unlocked. Against her better judgment, Sylvia opens the heirloom, not realizing what she is about to discover will splinter apart her happy life and alter everything for her close-knit Old Oder Amish family. As the long-kept secret emerges into the light of day, can the Millers find a way forward through the turmoil to a place of forgiveness?

The Governess of Penwythe Hall by Sarah E. Ladd

The Governess of Penwythe Hall is the first book in Sarah’s Cornwall series.

Cornwall was in her blood, and Delia feared she’d never escape its hold.

Blamed for her husband’s death, Cordelia Greythorne fled Cornwall and accepted a governess position to begin a new life. Years later her employer’s unexpected death and his last request to watch over his five children force her to reevaluate. She can’t abandon the children now that they’ve lost both parents, but their new guardian lives at the timeworn Penwythe Hall…back on the Cornish coast she tries desperately to forget.

Jac Trethewey is determined to revive Penwythe Hall’s once-flourishing apple orchards, and he’ll stop at nothing to see his struggling estate profitable again. He hasn’t heard from his brother in years, so when his nieces, nephews, and their governess arrive unannounced at Penwythe Hall, he battles both grief of his brother’s death and bewilderment over this sudden responsibility. Jac’s priorities shift as the children take up residence in the ancient halls, but their secretive governess—and the mystery shrouding her past—proves to be a disruption to his carefully laid plans.

On a Summer Tide by Suzanne Woods Fisher

On a Summer Tide is the first book in Suzanne’s Three Sisters Island series.

Sometimes love hurts—and sometimes it can heal in the most unexpected way.

Camden Grayson loves her challenging career, but the rest of her life could use some improvement. “Moving on” is Cam’s mantra. But there’s a difference, her two sisters insist, between one who moves on…and one who keeps moving.

Cam’s full-throttle life skids to a stop when her father buys a remote island off the coast of Maine. Paul Grayson has a dream to breathe new life into the island—a dream that includes reuniting his estranged daughters. Certain Dad has lost his mind, the three sisters rush to the island. To Cam’s surprise, the slow pace of island life appeals to her, along with the locals—and one in particular. Seth Walker, the scruffy island schoolteacher harbors more than a few surprises.

Sweet on You by Becky Wade

Sweet on You is the third book in Becky’s Bradford Sisters Romance series, coming after True to You and Falling for You.

Britt Bradford and Zander Ford have been the best of friends since they met thirteen years ago. Unbeknown to Britt, Zander has been in love with her for just as long.

Independent and adventurous Britt channels her talent into creating chocolates at her hometown shop. Zander is a bestselling author who has spent the past eighteen months traveling the world. He’s achieved a great deal but still lacks the only thing that ever truly mattered to him—Britt’s heart.

When Zander’s uncle dies under mysterious circumstances, he returns to Merryweather, Washington to investigate, and Britt is immediately there to help. Although this throws them into close proximity, both understand that an attempt at romance could jeopardy their once-in-a-lifetime friendship. Britt is determined to resist any change in their relationship, but Zander finds it increasingly difficult to keep his feelings hidden.

As they work together to uncover his uncle’s tangled past, will the truth of what lies between them also finally come to light?

The Golden Bride by Kimberly Woodhouse

Shadow Among Sheaves by Naomi Stephens

Shadow Among Sheaves is a stand-alone novel.

The Artful Match by Jennifer Delamere

The Artful Match is the third book in Jennifer’s London Beginnings series, coming after The Captain’s Daughter and The Heart’s Appeal.

Those are my featured releases for April! I hope you found something new to read!

All credit for the italicized synopses goes to each author and their respective publishers.