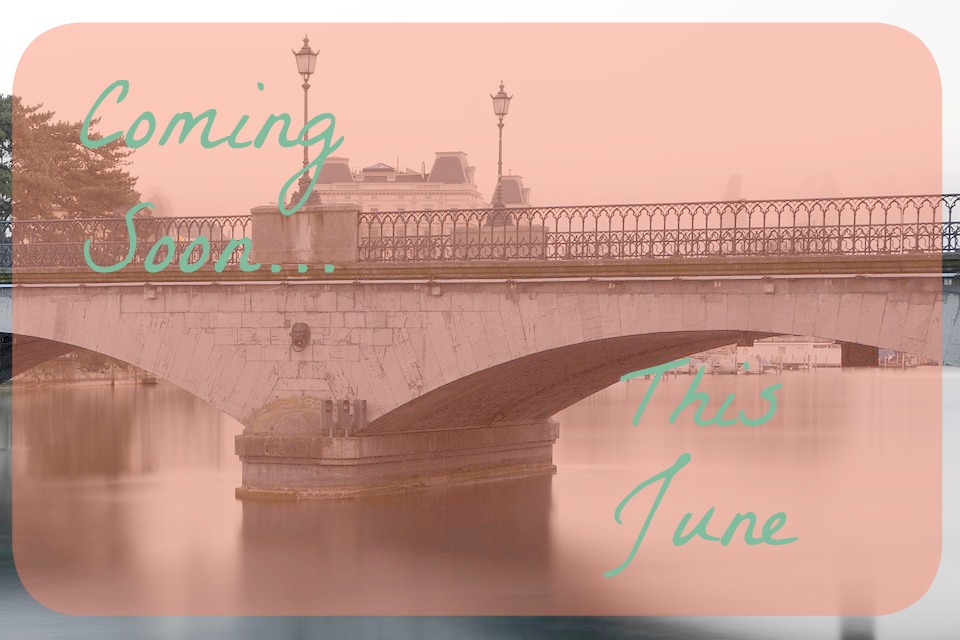 Happy almost June! I hope you are having a fantastic end to your May, and that you have bright things coming up on the horizon. My life has been full of changes lately, all good ones fortunately but it has still been a lot of new adjustments, so I am glad to be able to write one of my favorite regular posts. I love sharing about new books that will be releasing, and this month is no exception. These June releases are fantastic, and I am SO looking forward to reading them! I am also very confident that you will find something that piques your interest, and that you will find something you want to read too. So take a look at these gems!

The King’s Mercy by Lori Benton

The King’s Mercy is a stand-alone novel.

When captured rebel Scotsman Alex MacKinnon is granted the king’s mercy—exile to the Colony of North Carolina—he’s indentured to Englishman Edmund Carey as a blacksmith. Against his will Alex is drawn into the struggles of Carey’s slaves—and those of his stepdaughter, Joanna Carey. A mistress with a servant’s heart, Joanna is expected to wed her father’s overseer, Phineas Reeves, but finds herself drawn instead to the new blacksmith. As their unlikely relationship deepens, successive tragedies strike the Careys. When blame falls unfairly upon Alex he flees to the distant mountains where he encounters Reverend Pauling, itinerate preacher and friend of the Careys, now a prisoner of the Cherokees. Haunted by his abandoning of Joanna, Alex tries to settle into life with the Cherokees, until circumstances thwart yet another attempt to forge his freedom and he’s faced with the choice that’s long hounded him: continue down his rebellious path or embrace the faith of a man like Pauling, whose freedom in Christ no man can steal. But the price of such mercy is total surrender, and perhaps Alex’s very life.

More Than Words Can Say by Karen Witemeyer

More Than Words Can Say is the second book in Karen’s Patchwork Family series, coming after More Than Meets the Eye.

An impossible situation. An unlikely couple. A recipe for love?

After fulfilling a pledge to a dying friend, Zacharias Hamilton is finally free to live life on his own terms. No opportunities to disappoint those he cares about, just the quiet bachelor existence he’s always craved. Until fate snatches his freedom away once again when the baker of his favorite breakfast treat is railroaded by the city council. As hard as he tries to avoid getting involved, he can’t turn a blind eye to her predicament…or her adorable dimples.

Abigail Kemp needs a man’s name on her bakery’s deed. A marriage of convenience seems the best solution…if it involves a man she can control. Not the stoic lumberman who oozes confidence without saying a word whenever he enters her shop. Control Zacharias Hamilton? She can’t even control her pulse when she’s around him.

Once vows are spoken, Abigail’s troubles should be over. Yet threats to the bakery worsen, and darker dangers hound her sister. As trust grows between Zach and Abby, she finds she wants more than his rescue. She wants his heart.

The Number of Love by Roseanna M. White

The Number of Love is the first book in Roseanna’s The Codebreakers series.

The toughest puzzle she’ll have to solve might be the wishes of her own heart.

Three years into the Great War, England’s greatest asset is their intelligence network—field agents risking their lives to gather information, and codebreakers able to crack German telegrams for hints of the enemy’s plans. Margot De Wilde thrives in the environment of the secretive Room 40, where she spends her days deciphering intercepted messages. But when her world is turned upside down by an unexpected loss, she discovers for the first time in her life that numbers aren’t enough.

Drake Elton returns wounded from the field, followed by an enemy who just won’t give up. He’s smitten quickly by the quick and brainy Margot, but soon the dangers of the war draw ever closer. Margot and Drake will have to team up to save themselves from the very secrets that brought them together.

A Reluctant Belle by Beth White

A Reluctant Belle is the second book in Beth’s Daughtry House series, coming after A Rebel Heart.

Joelle Daughtry has a secret.

By day, the impoverished Southern belle has been helping her sisters in their quest to turn the run-down family plantation into a resort hotel after the close of the Civil War. But by night and under a male pseudonym, she has been penning articles for the local paper in support of constructing a school for former slaves. With the Mississippi arm of the Ku Klux Klan gaining power and prestige, Joelle knows she is playing a dangerous game.

Loyalties shift when Schuyler Beaumont, childhood enemy and current investor in the Daughtry House renovation, takes over his assassinated father’s candidacy for state office. Joelle finds that in order to protect her family and her home, she and Schuyler will have to put aside their longstanding personal conflict and develop a united public front. The trouble is, what do you do when animosity becomes respect—and even love—if you’re already engaged to someone else?

A Reluctant Bride by Jody Hedlund

A Reluctant Bride is the first book in Jody’s The Bride Ships series.

A new life awaits her across the horizon.

Living in London’s poorest slum, Mercy Wilkins harbors little hope for a better life. So when she’s offered the opportunity to join a bride ship sailing to British Columbia, she agrees. The journey abroad is her only prospect to escape a bleak future—both for herself and to help her sister, who’s suffering in a workhouse.

Wealthy and titled Joseph Colville leaves everything behind and takes to the sea to escape the pain of losing his family. As the ship’s surgeon, he’s in charge of the passengers’ welfare aboard the Tynemouth, including sixty brides-to-be. He has no immediate intention of settling down, but when Mercy becomes his assistant, the two must fight against a forbidden love.

With hundreds of single men congregating along the shore of Vancouver Island, eager to claim a bride from the Tynemouth, will Mercy and Joseph miss their chance at true love, or will they overcome the obstacles that threaten to keep them apart?

No Ocean Too Wide by Carrie Turansky

No Ocean Too Wide is the first book in Carrie’s McAllister Family series.

Between the years of 1869 to 1939 more than 100,000 poor British children were sent across the ocean to Canada with the promise of a better life. Those who took them in to work as farm laborers or household servants were told that they were orphans—but was that the truth?

After the tragic loss of their father, the McAlister family is living at the edge of the poorhouse in London in 1908, leaving their mother to scrape by for her three younger children, while oldest daughter, Laura, works on a large estate more than an hour away. When Edna McAlister falls gravely ill and is hospitalized, twins Katie and Garth and eight-year-old Grace are forced into an orphans’ home before Laura is notified about her family’s unfortunate turn of events in London. With hundreds of British children sent on ships to Canada, whether truly orphans or not, Laura knows she must act quickly. But finding her siblings and taking care of her family may cost her everything.

Andrew Fraser, a wealthy young British lawyer and heir to the estate where Laura is in service, discovers that this common practice of finding new homes for penniless children might not be all that it seems. Together Lauran and Andrew form an unlikely partnership. Will they arrive in time? Will their friendship blossom into something more?

The Noble Guardian by Michelle Griep

The Noble Guardian is the final book in Michelle’s Bow Street Runners trilogy, coming after Brentwood’s Ward and The Innkeeper’s Daughter.

The Crossing at Cypress Creek by Pam Hillman

The Crossing at Cypress Creek is the third book in Pam’s Natchez Trace series, coming after The Promise of Breeze Hill and The Road to Magnolia Glen.

The Farmer’s Bride by Kathleen Fuller

The Farmer’s Bride is the second book in Kathleen’s Amish Brides of Birch Creek series, coming after The Teacher’s Bride.

Wherever You Go by Tracie Peterson

Wherever You Go is the second book in Tracie’s Brookstone Brides series, coming after When You Are Near.

Cross My Heart is the second book in Robin’s A Legacy of Faith series, coming after Who I Am With You.

Those are my featured releases and some other releases that are well worth looking out for this coming month! I can’t wait to share more with you in July!

The italicized synopses go to each author and their respective publishers.